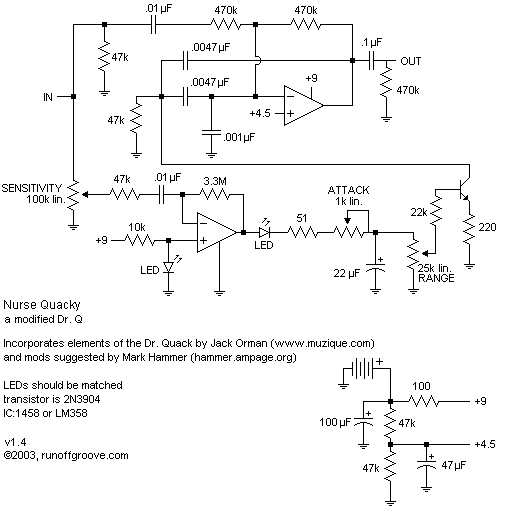 The Dr. Q project by JD Sleep was the first non-fuzz effect I built. It was also, at the time, the most complex circuit I had undertaken. Despite reading the many improvements to the design offered by the Dr. Quack (designed by Jack Orman) I still chose the Dr. Q, deeming the Dr. Quack even more complicated. The Dr. Quack circuit actually isn't that much more complicated than the Dr. Q, but it looked like it would be on my preferred medium of perfboard.

The .01uF cap (preceeding the 3.3M resistor) lessens the bass sensitivity of the envelope follower, and was suggested by Mark Hammer. It can be raised to .022uF (original Dr. Q value is .047uF)

The 3.3M gain resistor, raised from 2.2M in the original, results in a stronger envelope signal. (Mark Hammer)

The Attack control (the 51 ohm resistor and 1k pot) replaces a fixed 100 ohm resistor in the original. Also, the 10uF cap has been increased to 22uF for ripple-free decay. (Mark Hammer)

The circuit is hard-wired in the Bass setting of the Dr. Q switch. The Normal position never sounded good to me.

The two .0047uF caps can be socketed. Larger values (.0056 or .0068) will move the sweep range lower in frequency. Additionally, the transistor and op-amp should be socketed as well.

GeneralGuitarGadgets.com - JD Sleep's site. The Dr. Q project has been removed since I built it - further evidence of the superiority of the Dr. Quack.

GEOfex - The PCB layout for the Dr. Quack can be found here at R.G. Keen's site. 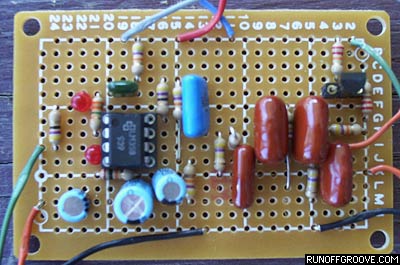 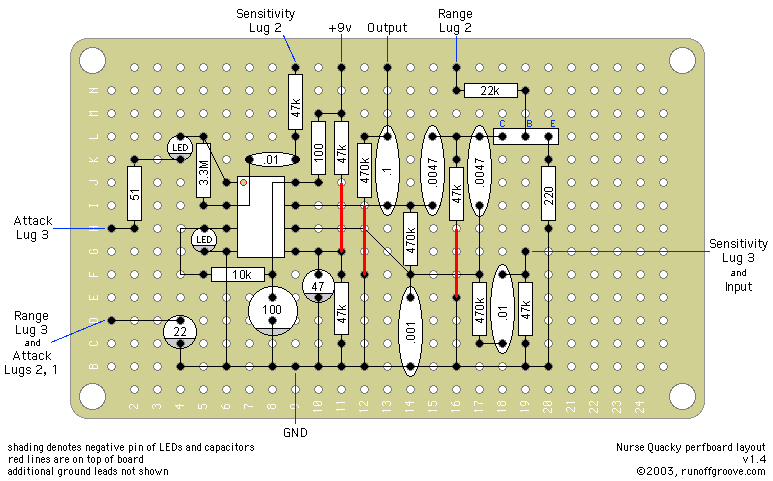